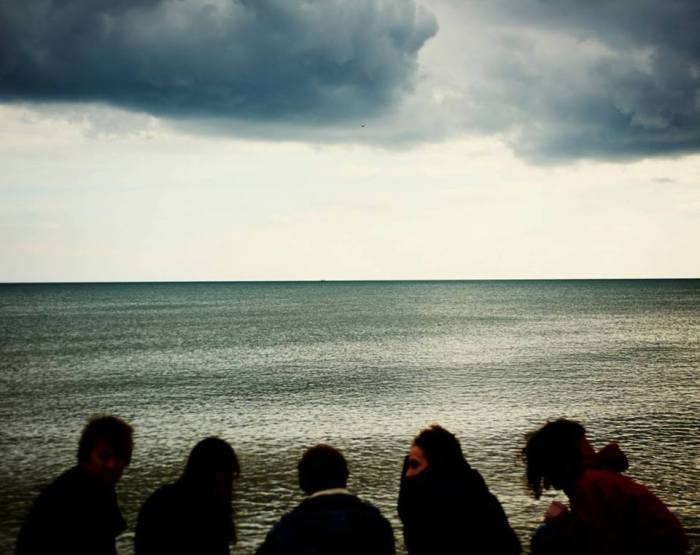 Snakadaktal, to the untrained eye or ear, might appear to exist as a snake/pterodactyl hybrid, or some type of snack catch phrase attempt, but that would be horribly wrong. Snakadaktal is a lovely Melbourne wonder dream-pop dazzling five-piece who is making great waves, especially since their stunning debut album, Sleep In The Water, came out late last summer. Their distinct, lovely, ebb and flow is quite apparent as Snakadaktal creates catchy, incredibly rhythmic songs that often sound like the listener is dwelling in a perfect underwater world or simply floating.

To welcome the New Year, Snakadaktal released The Sun II – EP today including some great remixes of past favourites, and a really stellar track entitled “East of Here.”  Their new EP is simply entrancing and feels sort of reminiscent of a nostalgic dance-party, especially listening to “Fall Underneath – Hayden James Remix.”

You can snag their new EP on iTunes here and check out their intriguing sounds and sights via the music videos for their singles “Hung on Tight,” and “Fall Underneath,” below.

In order to promote their newest release, Snakadaktal will be going on The Sunset Tour, playing in Sydney January 17th at the Oxford Art Factor with Kilter and D.D. Dumbo.  They will also be bringing it home to Melbourne January 25th at Howler with Rat & Co, Kilter, and Chiefs.  So if you can, I would definitely catch those shows because they are sure to rule. Definitely keep an eye on Snakadaktal because they are jumping right into 2014 with The Sun II – EP, and they are sure to send more rad sound waves at us later in the year.

Link up with Snakadaktal below: